Travel is Awesome (Even When it’s Madness) 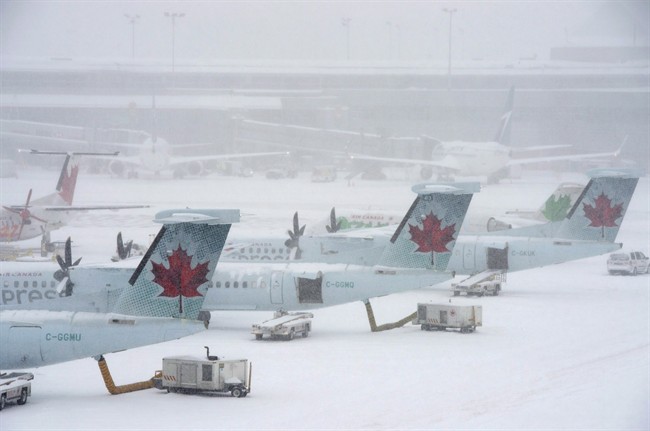 One of the greatest things I get to do as an athlete is travel. Even my meagre career has taken me places I never would have otherwise gone and provided me with some pretty crazy experiences. I’m sitting on my couch now still recovering from a trip that definitely ticked both those boxes. No, I didn’t travel for weeks to reach some exotic country ending in stan or explore anything even resembling a majestic mountain range. This trip started with a flight to Toronto. Not a connecting flight either, that’s where I was going. I flew there with the Alberta Ski Cross team, of which I am a member to compete in four Nor-Am (North American) cup ski cross races, two in Killington Vermont, and two back in Beaver Valley Ontario. A bit of an intense trip at the best of times, as those four races took place in a span of only five days, but then I made an interesting choice. A last minute rescheduling of the Beaver Valley races meant that if I left Ontario the night of the second one and began driving immediately upon my arrival back home, I could theoretically have plenty of time to make it to a freeskiing event in Kimberly BC the next day and maybe even sleep a little that night.

Yep, I thought to myself as I changed my ticket – I can do that. No problem.

The races at Killington went off perfectly. The race days were bluebird and the track was all kinds of fun, being very straight and very fast. I didn’t ski perfectly, particularly the second day, but scored a few decent results and was stoked to watch my team mates Kevin and India pick up wins. 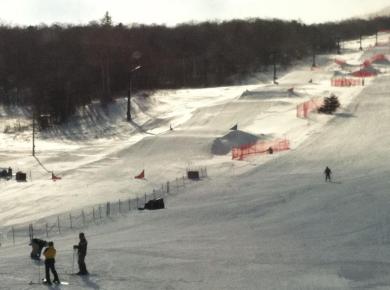 Then we headed back up north for two more races hosted by the tiny Beaver Valley ski club outside of Collingwood Ontario.  Another fun track and a few more decent results for me, but this time the morning of the second Nor-Am also delivered about 35cm of new snow from a freak storm that was pounding the northeast. Three hours of slipping, and cat work, and more slipping, and more cat work later and the race went off, but my plans to get out were not looking as smooth as I had hoped.

This became doubly true when I arrived at the airport to learn that my flight had been cancelled and no amount of begging and pleading was going to get me on the next one. I was stuck until morning they said, but of course morning was when I needed to be inspecting at Kimberly, so that wasn’t an option. What was, as it turned out was the very last flight to not my home town of Calgary, but to Edmonton. I arrived at 2:30 am to meet with my dad, a saint if there ever was one and the mastermind behind this plan C, or D or L or whatever we were on. A little over 7 hours of determined speeding later and we arrived in Kimberly just in time for me to miss inspection and still qualify 6th. Good enough for me, all things considered. The next day I was more or less out for blood though, being within striking distance of the podium. Unfortunately a road gap to mogul landing stole one of my skis and trashed my score, leaving me in 9th place for the competition. A bummer, but top 10 with a crash is not half bad and I still walked away with some all important tour points.

The turn after might have stolen my ski, but I got a fat old school spread on the road gap as a consolation prize.

I think most people would find a trip like that a little insane, between the jammed schedule and the all night driveathons, but for me it’s awesome. Maybe not at the time, when I was running around the Toronto airport in ski gear trying to find a flight while dying of exhaustion, or racing up the lift at Kimberley in jeans and a baseball cap in the hopes of making inspection. But looking back, that’s exactly the kind the kind of insanity I live for. Good times.

Now I have some much needed downtime to plan my next block of adventures and get out to my home hill of Kicking Horse BC. Soon things really get busy, as if they weren’t already but I’ll try to keep on the blog as judging by the view counter people actually seem to read this thing. Until then rip it up out there, and thanks for reading!